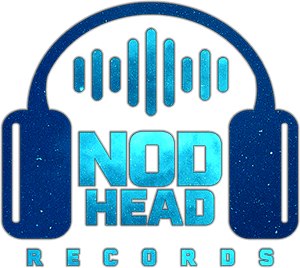 Launched on the 25th of July, at the Golden Margarita in downtown Phoenix, in a star-studded event hosted by hip-hop legend DJ Jam, UGO Crew and Nod Head Records CEO Tip Horne, the track brings a breath of fresh air to an industry often burdened with myopic, homophobic and misogynistic conduct. Narrating a summer fling between two young women, the track is a beautifully understated anthem for non-traditional relationships. It reflects positively on pop’s growing diversity — and Dres Smuzic strength, along with her record label, at challenging a patriarchal industry.

Dres Smuzic is plainspoken when she sings about what’s romantically and passionately right for her, without sacrificing the tell-all teases which will enthrall her fan following. Just as her lyrical lexicon is unflinching, she taps into effervescent realms of smooth musical expression as well. Immediately, Dres’ debut record doesn’t fall back on safe pop tropes, it contains the ambitious confidence of a well-established artist.

Pop hooks and a sultry slow-burning beat balances perfectly with yearning lyricism and nuanced vocals. The instrumental and refrain are seemingly simple, but Dres Smuzic’s delivery is laser-sharp and her targeted, faux-casual lyrics are self-explanatory.

“We don’t have to fall in love baby. I just want to do this for a little bit. I know you think that I’m crazy, but you know this is only temporary. Its only for the summer love,” sings Dres. The singer’s confidence is the most impressive component of the track.

Dres Smuzic’s personality and attitude shine in every facet of “Summer Honeydew”, and most clearly in her vocals. At first listen, they seem deceptively soft and gentle — however, they contain a quiet, purposeful power that drives her narrative.

Dres’ statement of the line, “I want you just for one season, have fun and then I’m leaving,” is matter-of-fact and sassy, injecting vibrancy and life into the phrase. Her voice and the instrumental, are both treated with the same precision and work to create one strong, unified wave of sound.

On “Summer Honeydew”, Dres Smuzic walks the line between carefree pop and passionate R&B, using her vocal ability to keep influence sounding genuine and mature rather than overdone.

Even in her first single release, Dres shows an undeniable ability to transform simple sound into an awe-inspiring, atmospheric, and stimulating experience. From the ambient keys and soulful vocals to the suave hip-hop beat, every element of “Summer Honeydew” is carefully crafted, elevating it from an average track to a fully developed work of note.

It’s liberating to have a young artist, not only so sure of who she is, but making sure you also know, who she is. Something that no doubt, will endear her even more to fans.

Dres Smuzic – “Summer Honeydew” has the ambitious confidence of a well-established artist! Read More »
PrevPrevious Article
back to all Press